The slavery (the practice of having slaves) was and is a reality.

Slaves can be held even from the time of their birth. It means from the first day of his/her life, a human is deprived of his/her rights.

Though in recent times, slavery has been banned in most of countries, but in reality it has been in practice in many forms, such as debt bondage (bonded labour); domestic servants kept in captivity, child soldiers, fake adoptions in which children are forced to work as slaves. Even forced marriages should be seen as slavery.

There is another form of slavery. When a person is forced under threat of violence or punishment, with restrictions on his/her freedom to work against his/her will it is called forced labour.

We often read news of domestic servants kept in captivity in various countries. This is another kind of slavery.

In present times, sometime children are used as fighters in battles, mostly by terrorist organisations. Child soldiers are also slaves in a way.

There is another kind of slavery. In such cases, a person adopts a child and then force the child to work as a slave.

In many societies, young generation is not allowed to marry a boy or a girl of their choice. They are forced to get married to someone else. If they refuse to do so, they often face brutal physical punishment and in many cases they are killed, even by their own family members. To avoid physical punishment or even murder, young people, mostly girls accept their fate. Such marriages are forced marriages and should be considered a kind of slavery.

During their invasions on other countries, many invaders used to enslaved thousands of men, women, boys and girls. These slaves were sold in open market by those invaders in their respective countries. 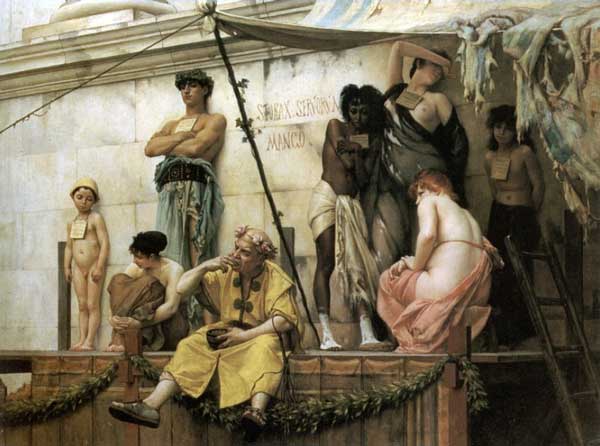 Even in recent times, many women were taken as sex slaves during wars.

On December 10, 1948, the United Nations adopted the Universal Declaration of Human Rights (UDHR). The UDHR was the first international recognition that all human beings have fundamental rights and freedoms and it continues to be a living and relevant document today.

The Article 4 of the Universal Declaration of Human Rights says: –

Article 4.
No one shall be held in slavery or servitude; slavery and the slave trade shall be prohibited in all their forms.

We are strongly opposed to any form of slavery. We believe that bonded labour, child soldiers, forced labour, forced marriage, fake adoption of children for slavery, and taking women as sex slaves (war booty) during wars/riots or anywhere are different forms of slavery.

Individuals, groups, organisations, political parties, religious organisations and governments should do whatever they can to stop the evil practice of slavery.